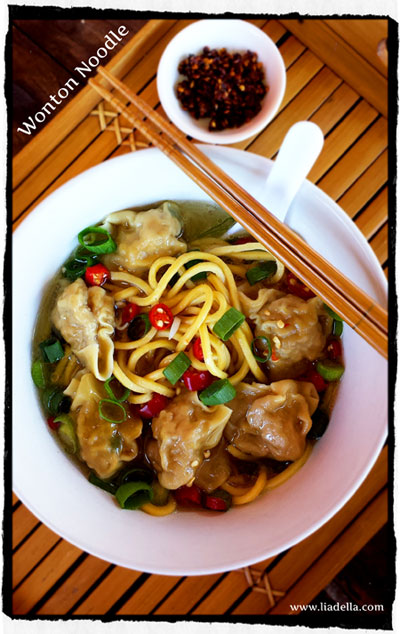 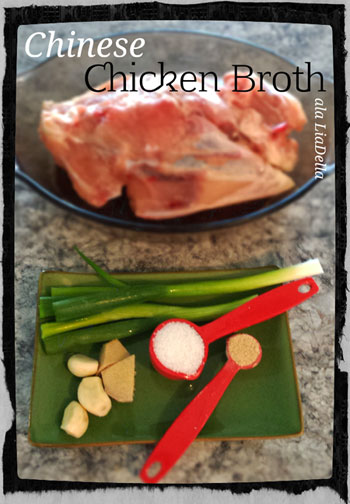 To make chicken broth:
Bring the water to boil. Then add the chicken frames, ginger, garlic and salt and pepper as needed.
cook for half an hour. 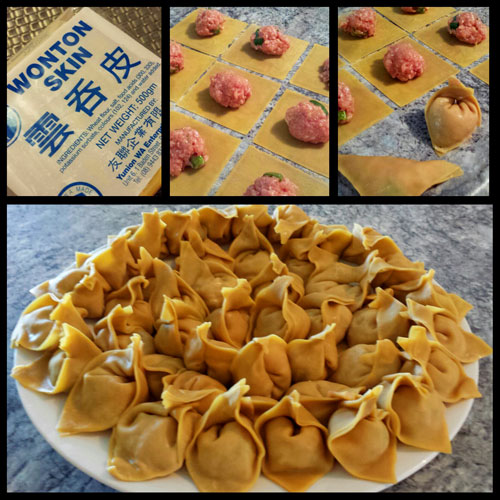 Wrap the wonton:
Put a teaspoon of the mixture onto the middle of the wonton wrapper, wet the edges, and fold the wrapper in half to form a triangle.
Press the edges gently together, wet on one tip, and fold the two tips together.

Note: If you want to make a wonton soup, do not cook the wonton directly in your soup.
Cook it in boiling water Cook the wontons for 3-4 minutes,
Remove it and add into your soup instead.

For fried wontons, Deep fry the wonton until brown and cooked.